1. By participating in the tournament you agree to the Terms and Conditions outlined here and the ones provided by the operator.

2. Booongo holds the right to cancel the tournament for the indefinite term without any payments according to the leaderboard in cases of emergency.

3. Only qualified players can claim the prize (please, check Campaign Details Section). 4. Only real money rounds can participate in the tournament.

5. Other than the price to make a spin, there is no additional cost to enter the tournament. 6. Each player will get a personal tournament ID for the leaderboard.

7. If two or more players are tied, those who get results earlier are the ones who get better prizes.

8. Tournament rules can be changed anytime. 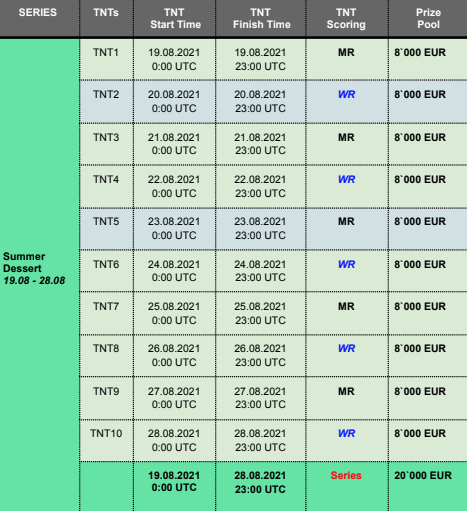 8`000 EUR for each Tournament, which is 80 000 EUR in Grand Total for 10 tournaments (or player’s currency equivalent)

To be qualified and have a right to claim the prize player should fulfill the following conditions:

Players will get points for each win spin

During the Tournament Leaderboard is updated in real-time with each player's spin. Stats are updated on a 10 seconds sync between the game and promo server if no player’s activity.

Winning Points are shown and sorted on the Tournament Leaderboard - the best players’ results are always on TOP.

Players are getting Series Extra Points during the whole Campaign based on following logic: 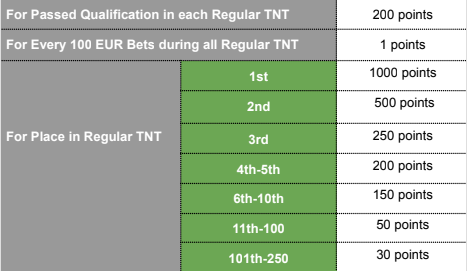 The Series (Extra) Leaderboard is running in parallel with the In-Game Regular Tournament Leaderboard.

Player can see 2 Leaderboards at the same time: The Series Extra Leaderboard and In-Game Tournament Leaderboard, showing player’s progress during the whole series of tournaments

The Series Leaderboard is visible on the right side of PromoUI and shows the historical progress of collected points of a current player and the Extra Leaderboard itself with Extra prizes for the Series.

Series (Extra) Leaderboard prizes are paid out simultaneously with a closing Regular Tournament of the Series on 28.08.2021 23:00 UTC

1. With enabled auto-payout feature Prizes are paid out automatically to winners who received Win Pop-up after the Tournament is finished and final results are available on the Leaderboard.

2. In case of disabled auto-payout feature, players receive Win Pop-up stating that their prize will be manually credited to their accounts by the responsible Operator in 72 hours.

3. If the auto-payout feature is unavailable due to any technical issues, Operators reward players manually based on the Winners Report provided by Booongo.

4. Prize distribution table for Regular Tournaments in EUR (applicable to each tournament in the Series) is shown below: 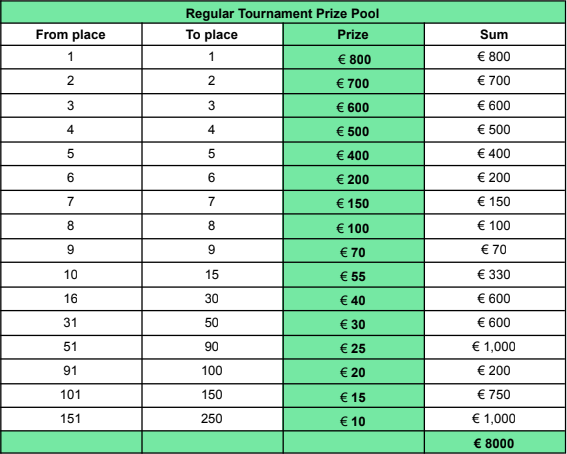 5. Prize distribution table for Series Leaderboard in EUR is shown below: 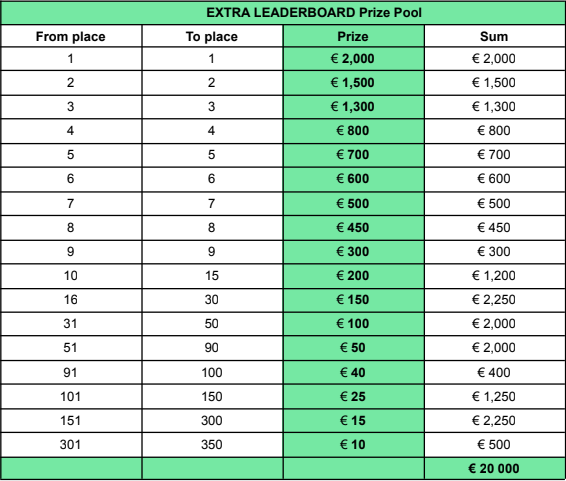