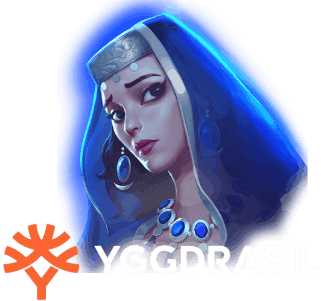 Any professional gambler knows Yggdrasil very well because it is a big name among software providers in the iGaming field! This fairly young company was founded in 2013. Despite its young age, it has already conquered the position of one of the most acclaimed providers in the whole market. To prove just that, since 2015, it has been receiving innovation awards from the EGR and the International Gaming Awards. The many prizes won, in a short time, are a reflection of its quality. Just to mention some, check out all these fantastic awards won by Yggdrasil in recent years:

Now let’s talk a bit about this company’s interesting name. Do you know where this particularly odd name, YGGDRASIL, comes from? In Germanic mythology, Yggdrasil was the name of the tree that represented the entire cosmos. This tree, also known as the tree of life, was responsible for connecting the different worlds: Valhalla, Asgard, Midgard and Niflheim. Hence, this can metaphorically represent Yggdrasil’s main goal: more than building games, it is a company that, as it says, wants to build fantastic worlds, experiences and stories. This represents very accurately this company’s magical and wonderful high-quality games full of meticulously built worlds that go beyond your imagination.

The vast majority of their online games are slots, but recently you can also find lottery, bingo and table games in their growing repertoire.

How it started: the Yggdrasil’s history

This fairly recent company was founded by Fredrik Elmqvist, and it began its history in 2013. A very impressive fact about this company is that, in its very first year of operation, Yggdrasil immediately received its first license and launched its Jokerizer game.

Since then, Yggdrasil has continued to launch attractive and exciting casino games, having expanded around the world in countries such as Spain, Denmark, Poland, Sweden, Gibraltar and Malta, where it is currently located.

In addition to games, the company started releasing tools and engines like Boost and Brag:

Boost is a promotional tool for online slots, which came to revolutionize the so-called free spins or tournaments. This allows tournament information to be provided within the games themselves. It also includes random surprise prizes between rounds and missions, which are small tasks to be completed by players to strengthen their bond with the game.

Brag, which is basically a Boost add-on, allowed players to review winning plays and share them on social media with their friends. This was a big step for the company to strengthen itself in the iGaming sector.

Later on, determined to be a reference in the area, in 2018, this company launched an initiative called YGS (Yggdrasil Game Server) Masters, to allow independent game studios to train their skills and develop content for the Boost platform.

In 2021, it was nominated for the fourth consecutive year in the “Most Innovative Company of the Year” category at the International Gaming Awards. Yggdrasil won that spectacular award, proving its excellence once more!

Yggdrasil has developed some of the most fantastic online slot machines

Thanks to dozens of creative and highly qualifies people, alongside to the company’s innovative approach, Yggdrasil is responsible for the development of some of the best online video slot machines. A good half of its slot machines have additional triggers that help you get more winnings. Special features like modern graphics, animations and unique soundtracks in each game make Yggdrasil video slot machines very attractive to every player. Whatever style draws your attention, Yggdrasil has it! Moreover, Yggdrasil online slots are able to please players with big winnings and an exciting gaming process. Here are some of its most famous slot machines, all available here at Tuskcasino.com, where you can play slots for free or with real money:

Vikings Go Wild is a video slot that brought most of Yggdrasil's fame. Regular spins can please the player with random functions as well as free spins. The main feature is the possibility of accumulation of activators. This means you can accumulate energy with minimum bets per spin and then increase the cost of the spin and get a big win.

Golden Fish Tunk – this unique fish is capable of multiplying x1000, and more. The user can activate an additional function while the rotation cost increases. Discarding three or more "Scatter" will activate the bonus. The player needs to choose symbols with special functions that contribute to getting a win.

Cazino Zeppelin is one of Yggdrasil's most famous online slot machines. Almost all experienced gambling enthusiasts know this one very well, since it offers a large X-multiply of several thousand per bet. Game mechanics are quite similar to Dead or Alive. Wild symbols are fixed at free spins and can award 5 additional spins.

Dark Vortex is one of the few video slots on Yggdrasil where you can buy free spins. The number of spins and Wild symbols drops randomly.

Yggdrasil's popular casino games continue to amaze all players with the best quality graphics in the industry. The games feature excellent sound technology, creative game mechanics and last generation math specifications. All games are accessible in all languages and currencies in question. All games have been developed for an adult audience, especially for experienced players who know the mechanics and features of slot games very well.

Yggdrasil releases up to five brand-new slot games every month. And the company doesn't plan to change that tradition anytime soon.

Finally, Yggdrasil is a trusted and secure company, so you can play all your favorite online casino games in a safe, fair and fun way.